One of the lost children apprehended at the border in April.

The U.S. Customs and Border Protection (CBP) today released operational statistics for March 2021, which can be viewed here.

Joe Biden’s open border policies have created a massive crisis on the US Southern border.
And today the numbers reveal what we all knew would happen.

Here are the March 2021 numbers (blue line) for single adults apprehended at the border. 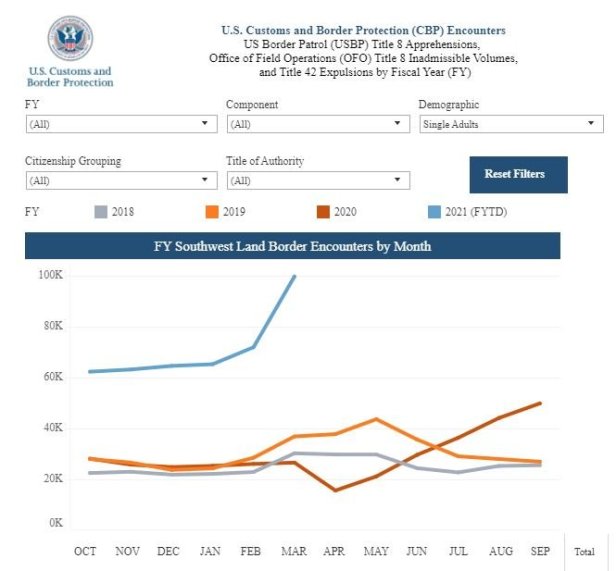 And here are the numbers for unaccompanied children (blue line) apprehended at the US border.

Nearly 20,000 unaccompanied minors were apprehended at the border in March!

It took Joe Biden and Democrats just three months to destroy our borders and allow illegal migrants and fake refugees to flood into America.

This is a man-made crisis all thanks to Joe Biden and his handlers.

It’s clear that they cannot blame this on President Trump!