The Biden gang’s relationship with the CCP included colluding with the CCP on a strategy to beat President Trump in the 2020 election.

Hidden between tens of thousands of emails, IMs, documents, videos, sound recordings, and encrypted files is a collection of communications between Hunter Biden and one JiaQi.

JiaQi, AKA JaiQi Bao, AKA Jiaqi Wang, AKA Jiaqi Wang Bao, AKA Wang Bao Jiaqi, AKA Qinping Bao, AKA TianTian Bo, was Ye Jianming’s US based assistant/advisor.  If you don’t recall  the cast of characters in this Chinese finger puzzle, Ye Jianming, was the chairman of the China Huaxin energy conglomerate and Hunter’s and Jim Biden’s business partner.

Ye Jianming and his US based staff worked closely with Chinese intelligence which controlled large parts of the strategy, funding, and overseas operations of CEFC and another of the Biden’s Chinese joint ventures named Bohai Harvest RST (BHR).

Apelbaum provides pictures of JiaQi and more information at his site: 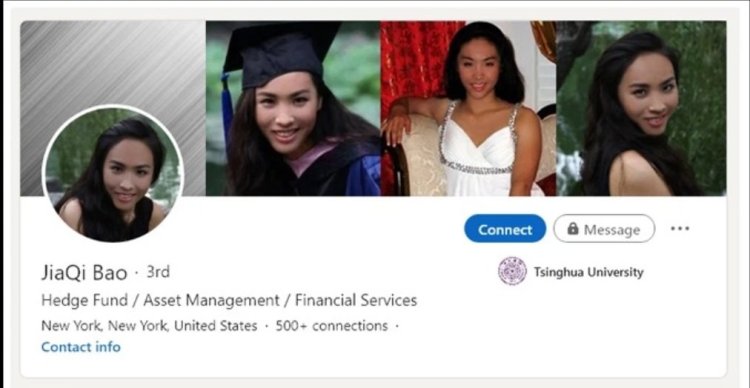 Following traditional honeypot tactics, JiaQi was used to sweeten Hunter’s already saccharin laced business engagement with CEFC. She kept an eye on Hunter from her base in NYC and acted as a cutout between the overseas Chinese officials and the Bidens. In one alluring communication JiaQi wrote:

“…regarding the delivery of your doggie chain and holiday/birthday package. I safe kept your belonging for you as promised. I don’t think it is appropriate to drop off to a third party given the risk of miscommunication as happened in the past. How about I will either deliver it to you in person at your convenience or FedEx to a designated address where you can receive it directly?”

Based on the above note and the picture below we know that JiaQi was referring to the dog tags Hunter was wearing, probably is brother’s:

But Hunter’s relationship with JiaQi was more than sexual.  The CCP through JiaQi was buttering up the Bidens and providing information with the Bidens on how to defeat President Trump in the election.  Here is one example – a 2 page email to Hunter offering talking points – 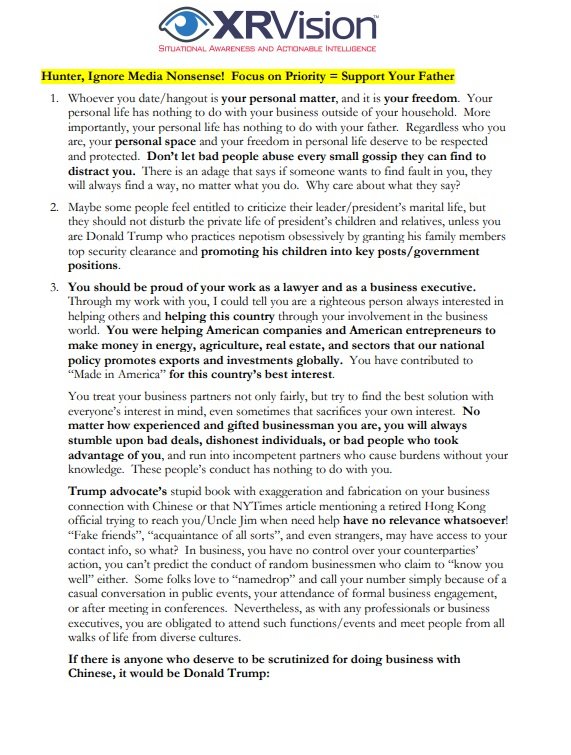 There are numerous other similar communications from the Chinese to the Bidens.  Including entire strategies as noted in the Board minutes from a firm Hunter was on, BHR Partners.

These and some of the other documents strongly suggest that the Chinese government was engaging in full-blown influence and hands-on election interference on US soil via front companies like CEFC, HBR, and others, and that Hunter, Jim, and Joe Biden were actively colluding in these operations.

The Biden family and China were colluding on a strategy to win the 2020 election.  There’s much to support this statement.

Source: BREAKING EXCLUSIVE: Evidence China Was Colluding with the Bidens and Providing Information on How to Defeat President Trump in the 2020 Election

One thought on “BREAKING ELECTION ALERT: Evidence Surfaces How China Was Colluding with the Bidens and Provided Information on How to Destroy and Defeat President Trump in the 2020 Election”