The Democrats are on fire.  How dare the President of the United States demand that the Constitution be adhered to!  Every day that the President follows his legal options to remedy the fraudulent results in the 2020 election, the more angry the Democrats get.

How dare the President who they’ve hated for the past half-decade act in this way!  Ever since he came down that escalator announcing his candidacy for President they’ve hated him.  A popular and benevolent celebrity, suddenly he was in the Democrat dog house.

Then, President Trump did the unthinkable, he won.  Despite all their efforts to derail him, Trump won the Presidency.  Watching this election we now understand why Hillary is so damn mad.  They didn’t cheat enough for her!

The orange man overcame the odds of the 2016 election with the support of most of America.  They tried everything, recounts, and a Russia collusion sham but they couldn’t give the election to Hillary.  She now is livid as she watches a man who can’t make it out of the basement, Joe Biden, benefit from a fraudulent and crooked election process that the Democrats didn’t provide her. Wow, that must hurt. 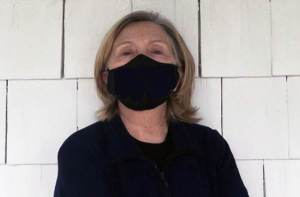 So as Biden hides in his basement, the supporters of President Trump wait patiently for justice to be served.  The massive vote dumps followed by carts of ballots wheeled into Democrat strongholds in shattered cities like Detroit, Philadelphia and Atlanta, to most Americans don’t quite look right.  Americans and the President want the President to win a legitimate election.

The winner and only man who could have pulled this off is President Trump.  By winning in such a landslide, the Democrats had to stop counting, then drop tens of thousands of illegitimate votes, and then roll along to the end pretending nothing happened.  This was their downfall, and the orange man crushed them again.  By shattering Obama’s record of 69 million votes (President Trump is currently reported at 73 million votes but many believe he won millions more), the Democrats had to come up with a quick plan to steal the election and their reaction was too transparent.

Massive vote dumps came out of nowhere in Wisconsin, Michigan, Pennsylvania, Virginia, Georgia and more, to steal the election.  But covering up their crimes is too great a task.  President Trump’s massive win and his record setting following saved the day and the country.

Continue: After President Trump Demands the Constitution Be Followed and Fraudulent Votes Be Discarded – Democrats Explode Demanding Another Illegitimate Impeachment