The confused judge who has unconstitutionally inserted himself into the Justice Department’s case against General Flynn made some actions behind the scene that are just as troubling.

Judge Sullivan helped Jim Comey get his speaking gig at Howard University for $100,000.

How much more corruption can America take.  The corrupt judge who inserted himself into the General Flynn case, who insinuated the General was a traitor, has a lifestyle that matches his actions in court.

He’s not only famous for his unethical standards and actions in the Flynn trial, he also ordered that deported asylum seekers must be returned to the US.

Judge Sullivan has two sons.  Emmett Sullivan Jr., runs a T-shirt company and is married to wife Gayle.  They have two children. Junior likes to portray himself as some sort of gangster.

The younger Emmet Sullivan, Jr., made T-shirts for a project labeled “Disruption” for the defense contractor Booz Allen Hamilton.  This is the same firm Edward Snowden worked for.

Gayle, Jr’s wife, worked for the firm and claims to be an Executive Assistant.  It’s unknown what the contract was for or how much money was made in this venture. 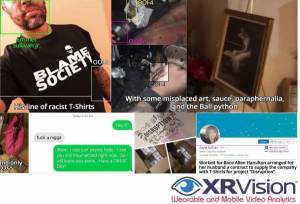 Sullivan Jr. is a Trump hater, as is exemplified by the T-shirts he makes and wears. 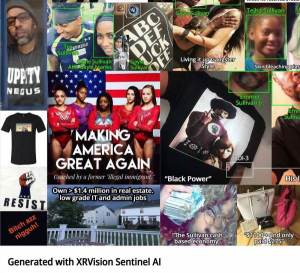 Howard University President Wayne Frederick said Wednesday that six people had been fired in Sept. 2017 for allegedly misappopriating funds, but questions still remain one day after an anonymous whistleblower said the financial aid office stole $1 million. A whistleblower named people accused of getting tuition benefits to cover the cost of taking classes while receiving grant money in a Medium post late Tuesday, which has since been removed.

CBS also reported that at that time, the University had millions in unpaid tuition:

The Medium post caused an uproar at Howard, which has been dealing with financial troubles in recent years. With an estimated $22 million in uncollected tution in 2017, the university announced to register for classes, all students would have to have a zero balance, or pay one-third of their outstanding bill and be enrolled in a payment plan, according to The Washington Post. The move was especially controversial for the historically black university, and hit low-income students hard.

But at the same time as the challenges with tuition for many of Howard’s students, Judge Sullivan worked with President Frederick to get Jim Comey as a guest speaker for a $100,000 fee.  The former FBI Director’s presentation was interrupted numerous times:

“We shall not be moved!” the protesters yelled, fists raised in the air. They also chanted, “No justice, no peace,” and told Comey to “get out” of their “home.”

“I’m only going to speak for 12 minutes,” Comey said in response to the demonstrators.