As Hollywood continues to live in lavish lifestyles and express hate for all those who promote freedom and constitutional laws, actor Christopher Meloni is no different! In fact, the Law & Order: Special Victims Unit actor, who played Detective Elliot Stabler proved that his incessant hate is no different, as he called American children who express their support for Trump as NAZI’s! Perhaps he needs an education in the fact that NAZI’s are the opposite of what Trump stands for, and more in line with the oppressive actions of Democrats throughout our nation who try to destroy business owners, jobs, and the American taxpayers! 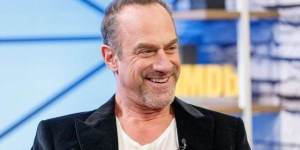 In fact, Meloni took time away from his lavish lifestyle to harass and demonize a mother and her children for posting a video that expressed their excitement about not only the upcoming Republican National Convention, but about their President!

Sadly, Meloni showed, who is the true Fascist, as he tweeted about their video, and called them NAZI’s!

So. CUTE! Not since watching Nazi Youth newsreel footage have I felt this way. Heil Trump! 🖕 https://t.co/IC5YIqVuCY

One thought on “Law and Order Actor Compares Pro-Trump Kids To Hitler Youth, Showing The True Hypocrisy of The Radical-Left Who Are Aiding & Abedding The Global Fascist & Marxist Movement”