On Thursday, Senator Lindsey Graham finally followed through with his promises that he would investigate corruption that the House Democrats have officially blocked, including the Ukrainian company Burisma and its ties to Hunter Biden, and likely into Joe Biden’s admission that he actually committed a quid-pro-quo, or as the Democrats like to call it…A BRIBE!

Therefore, after a week of hearings, and no evidence of President Trump committing any crimes other than offending an Ambassador by firing her, and State officials who were upset that the President was implementing his own policies, rather than a bunch of unelected bureaucrats policies, the President was innocent once again!

Hunter Biden: board member of Burisma from April 2014 to April 2019

Then, on Thursday, it came out that the Ukrainian government had found enough evidence to indict the head of Burisma Holdings, and Hunter Biden, who served on the head of the board, is likely next on their list of offenders! After all, before then-Vice President Joe Biden stepped in, his son was set to be indicted on corruption, as well as other charges!

Now, after the Ukrainian Prosecutor General indicted Burisma owner Nikolai Zlochevsky, it is now becoming clear that the prosecutors are hot on the tail of Hunter, as he received a massive $16.5 million dollar payout for sitting on a board, with no experience in the oil and gas industry, nor in Ukraine, which points to something more than fishy… but it appears to be corrupt!

The Ukrainian Office of the Prosecutor General has drawn up an indictment against the owner of the Burisma Holdings energy company, ex-Ecology Minister Nikolai Zlochevsky, that contains information that the son of former US Vice President Joe Biden, Hunter, as a Burisma board member along with his partners received $16.5 million for their services, Ukrainian Verkhovna Rada MP from the ruling Servant of the People party Alexander Dubinsky told a press conference on Wednesday, citing the investigation’s materials. According to him, the money came from duplicitous criminal activity.

According to the politician, “the son of Vice-President Joe Biden was receiving payment for his services, with money raised through criminal means and money laundering.” He also clarified that “Biden received money that did not come from the company’s successful operation but rather from money stolen from citizens.”

Dubinsky stressed that the information on Hunter Biden’s income under his contract with Burisma is a “link that reveals how money is siphoned [from Ukraine].”

According to the Ukrainian MP Alexander Dubinsky, he stated on Wednesday, that a “pyramid scheme” is emerging, where they used stolen Ukrainian money, moved it offshore, and “bought Ukrainian public bonds turning them into the Ukrainian sovereign debt.”

In addition to the $16.5 million dollar payout that Hunter Biden received, he was also being paid a massive $200,000 per month salary, and all after being kicked out of college for drug abuse, and with no experience!

Now, as all these revelations begin to emerge, Reuters is reporting that after the head of Burisma Zlochevsky was indicted, they have revealed that Zlochevsky is now ironically and conveniently missing!

Therefore, with the corruption that has emerged in the Ukraine, and the alleged ties it has to some people in the United States like Hunter and likely Joe Biden, Breitbart News is now reporting that…

Senator Lindsey Graham, R-S.C., sent a letter to Secretary of State Mike Pompeo requesting the documents to assist in answering questions regarding allegations that Joe Biden was involved in the termination of Ukrainian Prosecutor General Viktor Shokin in order to end an investigation into natural gas company Burisma Holdings, where his son Hunter Biden served on the board.

The senator requested all documents and communications related to Joe Biden’s phone calls with Poroshenko on Feb. 11, 18 and 19, and March 22, 2016, citing media reports that they discussed previous demands to dismiss Shokin for alleged corruption before he was removed from office on March 29, 2016.

Graham also requested documents and communications between Joe Biden and his office and Poroshenko and his office between Feb. 2, 2016, when Burisma founder Mykola Zlochevsky’s home was raided and Shokin’s dismissal.

Lastly, Graham sought all documents and communications related to a meeting between Devon Archer, a business partner of Hunter Biden, and then-Secretary of State John Kerry on March 2, 2016. 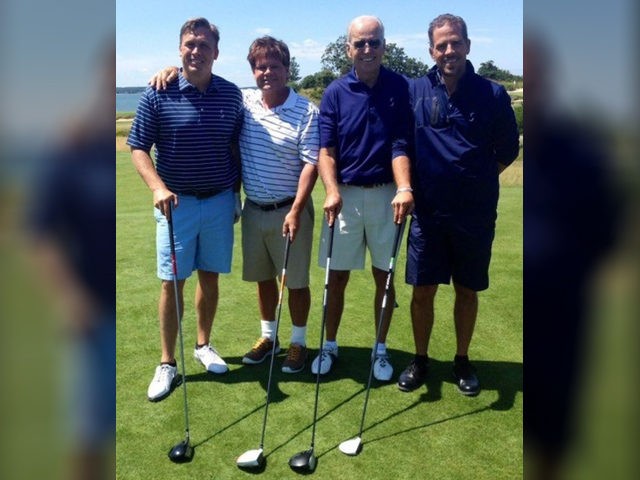 Therefore, it now appears that the Senate is preparing to launch an inquiry into real corruption, using real evidence, rather than hearsay, opinions, and personal perceptions!