On Monday, President Nayib Bukele said that the migrant deaths on the Rio Grande in June was the fault of the El Salvadorian government’s policies, not President Trump! It flies in the face of Democrats, who have been trying to link President Trump’s name, with being responsible for the deaths of a father and daughter who drowned crossing the Rio Grande in a bid to reach the United States. President Nayib said that the responsibility is on his government to make the country a safer place, and one where migration is “an option, not an obligation.” In other words, until El Salvador is able to reign in its own issues, they are responsible for the outcome of the migrants making the dangerous trek northwards!

A photograph from the Mexican side of the river showing the body of Oscar Martinez and his daughter, Valeria, lying face down with Valeria’s arms still wrapped around her father’s neck shocked the world late last month amid an already heated debate about illegal immigration in the US.

President Nayib Bukele, who took office a month ago with the promise of making El Salvador a safer and better place, told the BBC in an interview published Monday his country is to blame for the deaths. He said his government is responsible for fixing the problems that have forced hundreds of thousands of people to flee in the first place. 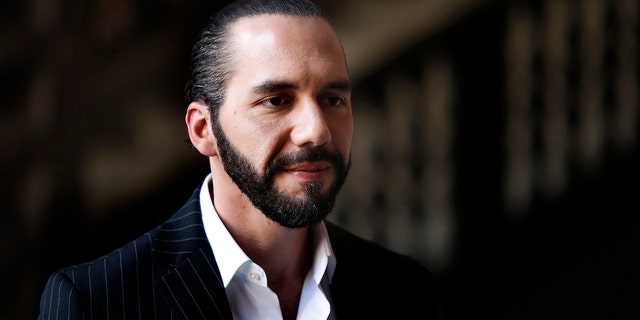 The father and daughter were swept away by the current in the Rio Grande between Matamoros, Mexico, and Brownsville, Texas.

Martinez, 25, and his wife, Tania Vanessa Avalos, 21, had been living with his mother and reportedly concluded the couple’s jobs at a pizza parlor and as a restaurant cashier would never provide enough money to be able to purchase a modest home in their suburb of San Salvador. That dream of owning their own home led the family to set out for the U.S., Martinez’s mother, Rosa Ramirez, told reporters.

Oscar’s and Valeria’s bodies were returned to El Salvador on Monday for an expected burial at a private ceremony in San Salvador.

“I think migration is a right, but it should be an option, not an obligation, and right now it’s an obligation for a lot of people.”

“make our country more prosperous and create jobs, so if people have an opportunity for decent jobs, a decent education, a decent health care system and security, I know that forced migration will be reduced to zero.”

Ultimately, there have been 283 migrant deaths along the Mexico/U.S. border in 2018, but in regards to migration being a right, the President is incorrect! Instead, nations must have borders, or they are no longer a nation, as well as, unbridled migration leads to disease, crime, and death, especially for the migrants.!

In fact, safe and secure borders are a massive first-step towards the improvement for the safety of American cities, communities, and neighborhoods. It will help improve the plight of the American workers, as greater numbers of jobs become available, as massive amounts of wealth will be returned to the American workers from corporate leadership and investors, as well as shrinking and returning wealth gaps between the rich and poor in America, and re-expanding the Middle Class and shrinking the poorer class in the United States! Also, it will help increase high tech investment, decrease state and local tax burdens on the poor and middle class, improve schools, and be a tremendous help to the American workers and people!

Meanwhile, in helping stabilize the Central American nations, it will bring foreign investors into that region, rather than bankrupting those countries! As a result, it will stop the mass exodus from Central America. Therefore, it will be a win-win for not only the United States of America but for nations throughout Central America and Mexico as well!

Ultimately, ending illegal immigration, mass migration and caravans, it will reduce the horrific conditions that the migrants endure during their dangerous trek northward, as well as, help the plight of the American workers and the American people! The only ones it will hurt, is the drug and human and child trafficking cartels, as they will be damaged massively from this legislation! Reports already indicate that the cartels have been spending massive amounts of money to influence American and Mexican government officials to keep America’s and Mexican borders wide open, so President Trump is DOING THE RIGHT THING FOR THE ENTIRE WESTERN HEMISPHERE!

Today, as a result of President Trump’s negotiated deal with Mexican President Obrador, migrations are already beginning to slow! Furthermore, if Central American nations like El Salvador work with the President to stabilize that region, it will close the migration flow almost completely, and benefit the people of Central America! Migrant families have been coming over the border in unprecedented numbers in recent months, reaching a peak in May, when 84,000 adults and children traveling together were apprehended. Nearly 500,000 illegal immigrants have been detained at the border since the start of 2019, resulting in overcrowding in U.S. holding centers. It is high time that all parties involved ACT, for the benefit of the American people, Mexico, and Central American people! The President needs the help of Congressional Democrats, but he is willing to go it alone with Mexico and the Central American nations if Democrats refuse to do their jobs! Sadly, it appears that he will have no other option, being the Democrats are trying to resist and sabotage everything he tries to implement!