On Friday, President Trump announced that he would be declaring a “National Emergency”, just as the previous six Administrations did for things like “swine flu”, and “Flint Michigan’s Lead poisoning problem”. However, as Democrats continue to try and stop every aspect of the President’s agenda, regardless of the consequences for the American people, the “Resistance” not only continues, but it is now heating up!

Within a few hours of the President announcing his ‘National Emergency’, California’s pro-Marxist Governor Gavin Newsom responded by announcing that he would lead California by filing suit against the Administration to stop the wall from being built!

President Trump is manufacturing a crisis and declaring a made-up ‘national emergency’ in order to seize power and subvert the constitution. This ’emergency’ is a national disgrace, and the blame lays solely at the feet of the President. Meanwhile, he plans to shutdown and divert funds used by California law enforcement that run counter-narcotics operations and fight drug cartels to build his wall. Our message back to the White House is simple and clear: California will see you in court. 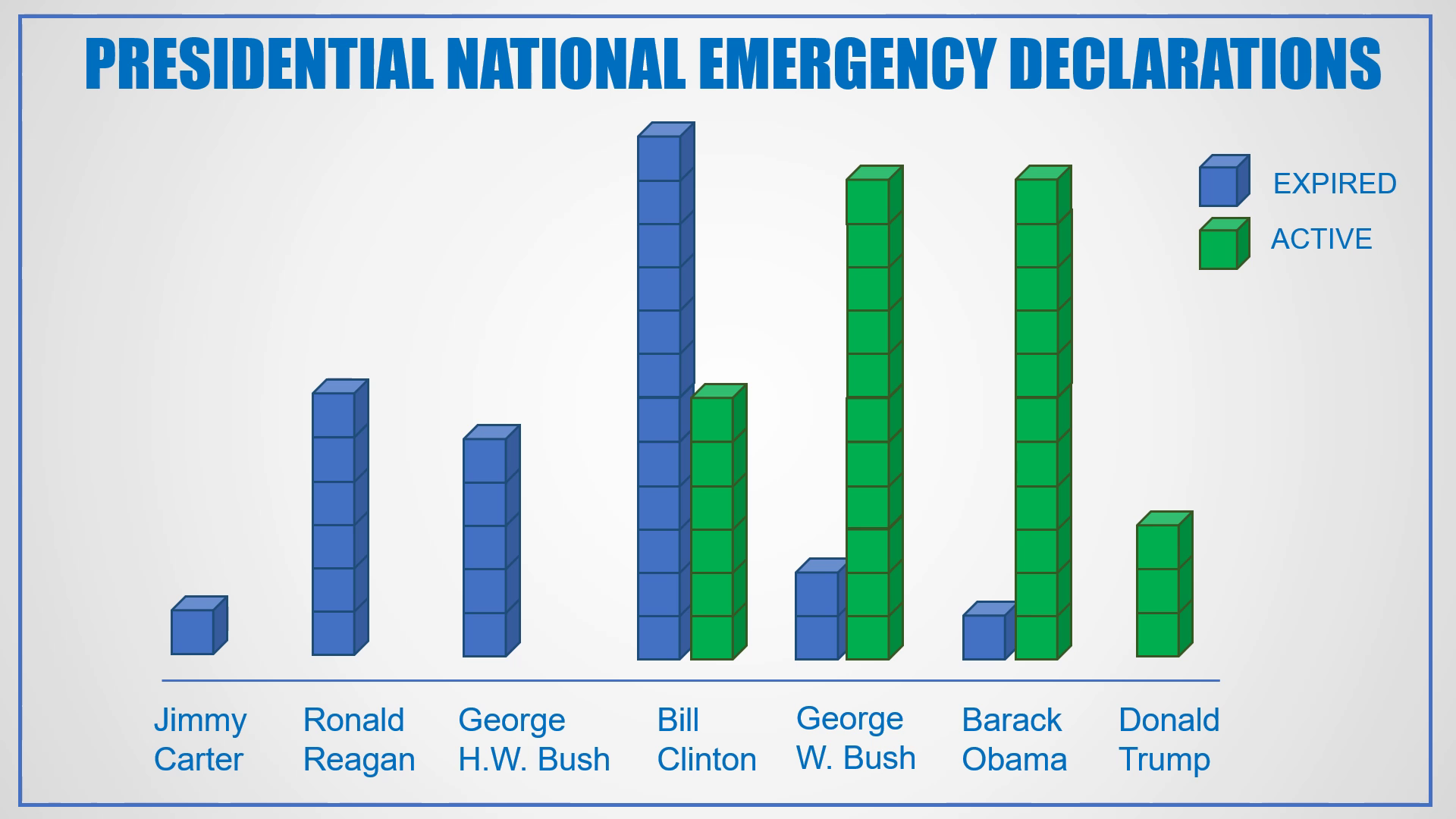 The president pointed out his legal authority under the Constitution and the law to take emergency action, but the Democrats don’t care. Also, to put it into perspective, California has become so radically Socialist and Marxist, they have sued the Trump administration dozens of times over various policies like keeping their “sanctuary state” status, losing all but one of them! Also, Governor Newsom (Ca-D) has pulled the California National Guard off the border in the hopes that without a wall, and without the assistance of the National Guard, it would allow illegals to flow in unimpeded!

California has also been under criticisms for their excessively bloated budget, their massive debt, and wasted money! For example, after spending $5 Billion for a ‘bullet train’, Governor Newsom announced this week that he would be canceling the project! Originally, the money was granted to California by President Obama, as a stimulus package for high-speed trains, according to the New York Times. However, Republicans opposed the idea, because they said it was extraordinarily expensive, and not necessary! Americans became outraged, because California had already taken $3.5 Billion from taxpayers from across the nation, and Governor Newsom said that although they were canceling the train in which the money was allotted for, it was no longer the American taxpayer’s money, and belonged to the State of California now!

California has been forced to cancel the massive bullet train project after having spent and wasted many billions of dollars. They owe the Federal Government three and a half billion dollars. We want that money back now. Whole project is a “green” disaster!

The Governor responded by stating…

This is CA’s money, allocated by Congress for this project. We’re not giving it back.

The train is leaving the station — better get on board!

The governor went on to say that the state would still continue “phase one” of the project between the rural towns of Bakersfield and Merced, despite evidence showing that the connection between the two towns being a financial bust. He said…

“I know that some critics will say this is a ‘train to nowhere. But that’s wrong and offensive.” He added that… “I am not interested in sending $3.5 billion in federal funding that was allocated to this project back to Donald Trump.”

However, California Democrats are not the only ones throwing $Billions of dollars away to destroy the President. In fact, 2020 Democrat Party candidates are not only running on a platform of opposing a border wall, but they are now calling for all existing walls that were built by President Obama and former Administrations be TORN DOWN, COSTING TENS OF BILLIONS OF DOLLARS! That doesn’t even account for the fact that it would further open up the United States to un-obstructed human and sex trafficking of the youth of our nation, drugs flowing across the border unobstructed, Drug Cartels having access to the interior of our nation, and MS-13 and other gangs saturating our streets and neighborhoods! A few of those Democrats include 2020 potential Democratic Party candidate Beto O’Rourke said he would be willing to remove the walls in place in El Paso, Texas. Also, Democrat Presidential Candidate and current Senator Kirsten Gillibrand (D-NY) said she would also welcome the idea.