Over the past few years, Democrats have become desperate in their quest to eradicate Constitutional laws and freedoms, and remove President Trump from office. As a result, the Party has not only reached to their left wing of their Party, but they have embraced and empowered the most radically Marxist and Racist extremists in America! One such radical includes Representative Ilhan Omar (D-MN), as she has not only embraced racism and hate, but she has defended groups who preach and call for the death of gays and anti-Semites! In addition, Representative Ilhan Omar attacked the pro-Life Catholic Covington high school boys last week, despite video evidence, showing the boys were not only innocent of the accusations, but they were the targets of racism and hate by the Black Israelite group who hurled racist and vile comments about the children!

The Black Israelite group who was hurling vile insults at the children has been labeled a racist group due to their racist and suppressive views on whites, Jews, and even gays!

Extremist Hebrew Israelites have a long, strange list of enemies. At the top of the list are white people, who they preach are descended from a race of red, hairy beings, known as Edomites, who were spawned by Esau, the twin brother of Jacob (later known as Israel) in the Old Testament. Equally hated are “fraudulent” Jews, “the synagogue of Satan.” They’re closely followed in no particular order by Asians, promiscuous black women, abortionists, continental Africans (who, according to the extremist Israelites, sold the lost tribes of Israel, who were black, to European slave traders), and gay people, who according to extremist Israelites should all be put to death. (In December 2006, three gay men who were assaulted inside an Atlanta nightclub identified their attackers as Hebrew Israelites; no arrests were made).

However, instead of denouncing their hate speech and racist and vile comments, Omar continued to openly dispell that the whites were the racists, and the black radicals were the victims, regardless of evidence that showed quite the opposite! In fact, after the evidence exonerating the boys came to light, Olhan Omar tweeted…

Unfortunately, Tlaib is not the only Democrat lawmaker who has espoused hate-speech, anti-Semitic, vulgar, and racist comments. In fact, Sens. Kamala Harris (D-CA) defended Tlaib’s comments and joined in with Mazie Hirono (D-HI) in attacking  Brian Buescher, President Trump’s nominee for the U.S. District Court in Nebraska. They attacked him for his membership in the Knights of Columbus, a revered and highly-respected Catholic charitable organization. Furthermore, they were using Buecher to test the waters for the illegal practice of implementing a ‘religious test’ in allowing people to serve in government, including the Judicial branch. They claimed that Buescher’s beliefs would improperly influence decisions that their Progressive party believes in like abortion, the LGBTQ agenda, as well as other decisions. In fact, Hawaii Senator Hirono even outrageously demanded that he drop his membership in the Catholic Knights of Columbus organization, and demanded that he agree to recuse himself from any case that could be influenced by his faith and recuse himself from any case on which the organization has taken a position. In other words, EVERY CASE THAT COMES TO HIS COURT!

Senator Kamala Harris (D-CA) even referred to the group as an “all-male society,” and attacked their anti-abortion stance, as well as other Christian beliefs! Senator Harris said…

“Were you aware that the Knights of Columbus opposed a woman’s right to choose when you joined the organization?”

“The Knights of Columbus has taken a number of extreme positions. For example, it was reportedly one of the top contributors to California’s Proposition 8 campaign to ban same-sex marriage.”

In other words, Democrats believe that in order for anyone to serve in top government positions, they want them subjected to an unconstitutional ‘religious test’, and renounce their religious beliefs, or stay out of government! After all, Communism and Religion don’t mix, and that was one of the main reasons that our Founding Fathers said that a ‘religious test’ is unconstitutional!

Regardless of the incessant hypocrisy and open racist hate speech that has enveloped the Democrat Party, much of their hate goes under the radar, as the Mainstream Media buries the truth, or distorts the facts to cover up reality! Sadly, the buried truth is creating a dangerous culture of hate, division, and racism. Omar was forced to delete a tweet where she attacked the Covington School teens due to a social media backlash! Then, she also insinuated that Lyndsey Graham was gay and President Trump was blackmailing Graham, with no evidence or corroboration! Omar also has accused President Trump of backing a “coup” in Venezuela to “install a far-right opposition.” Also, Omar came under the spotlight again, when a report exposed that she had asked a Judge to show leniency toward a group of Minnesota men for TRYING TO JOIN ISIS TERROR ORGANIZATION!

Also, Democrat Rashida Tlaib (D-MI) has been criticized for an antisemitic, anti-Israel tweet that she posted. In the tweet, she attacked  Jewish Americans by accusing Jews of dual loyalty to both Israel and America. Her attack isn’t isn’t a new angle, because anti-semites have been using the idea of dual loyalty as a common theme, trying to push America into abandoning Israel and alienating the Jewish people! They claim that because they are of Jewish descent, they, therefore, be a loyal American.

Tlaib’s tweet was in response to a comment Bernie Sanders (I-VT) sent out that opposed legislation that targeted the “boycott, divestment, sanctions” (BDS) movement, when he was citing that blocking ‘BDS’, in and of itself, is racist and anti-semitic, as it singles out Israel and the Jewish people for discrimination. In fact, Sanders comments were prompted by an article that was published by ‘The Intercept’, which is a publication whose Founder is a major and brash opponent of Israel. Sanders said…

It’s absurd that the first bill during the shutdown is legislation which punishes Americans who exercise their constitutional right to engage in political activity. Democrats must block consideration of any bills that don’t reopen the government. Let’s get our priorities right.
The Intercept
✔@theintercept
U.S. Senate’s first bill, in midst of shutdown, is a bipartisan defense of the Israeli government from boycotts https://interc.pt/2FfwH97 by @ryangrim @ggreenwald
19.9K
2:36 PM – Jan 6, 2019

In response to Bernie Sanders defense of Jewish Americans and Israel, Tlaib promoted actions that would eliminate BDS, which pushes for separation of relations with Israel, as she tweeted…

They forgot what country they represent. This is the U.S. where boycotting is a right & part of our historical fight for freedom & equality. Maybe a refresher on our U.S. Constitution is in order, then get back to opening up our government instead of taking our rights away.

It’s absurd that the first bill during the shutdown is legislation which punishes Americans who exercise their constitutional right to engage in political activity. Democrats must block consideration of any bills that don’t reopen the government. Let’s get our priorities right. https://twitter.com/theintercept/status/1081664403622252544 … 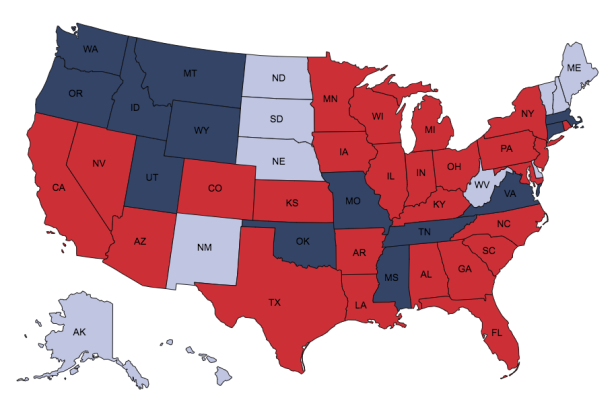 Congresswoman Tlaib’s comment has been widely condemned for evoking an age-old attack on American Jews and questions their loyalty to the United States, purely based on their faith! In addition, it implies that Jews are also in control of American politicians.

Frighteningly, one of the last times that the position was taken broadly, was by communists throughout the world in the early 20th Century, and by Adolf Hitler and his Nazi Party in the 1930s. Sadly, everyone knows that under both the fascists and the communists, the anti-semitic hate and talk like this led to mass persecution, and one of the most massive genocidal events in world history!

Days later, Tlaib, a Palestinian-American, came under fire again for suggesting that Senate Republicans were more loyal to Israel than the U.S., saying, “They forgot what country they represent.”

The accusation that Jewish politicians could be vulnerable to having “dual loyalties” has been made for centuries in various contexts, and has been seen widely as a religious-based attack.

Unfortunately, as communists and socialists and even radical Muslims who embrace the hate, racism, and bigotry within the Democrat Party have worked diligently to take power. Now, religious bigotry and hostility have consumed almost an entire political party, but it has infiltrated the bowels of our nation! They are now resorted to violating Article 6 of the U.S. Constitution, which states that there “shall be no religious test” for any American seeking to serve in public office, but so far, no-one has held the bigoted and hate-filled Progressives accountable. Now, the left is using their power to implement a ‘religious test’ so they can pack the political system and courts with anti-Semitic, anti-Christian ideologues.

Today, our nation has a war brewing within the halls of Congress, within our Judiciary, within our political parties, and throughout the bowels of our nation. Therefore, Christians, Jews, and defenders of liberty and our Constitution will be forced to defend themselves from the incessant hate, anti-Semitism, anti-Christian rank and file. Sadly, it is a war that will not be easy, nor will it be pleasant. Unfortunately, it could drone on for decades to come!